Europe’s startup ecosystem has undergone significant growth in recent years. Some of the recent fastest-growing and industry-disruptive global businesses, such as Kompany, Delivery Hero, Flixbus, N26, were initially founded as startups on the “old continent”.  Based on a list of the 1.000 fastest-growing companies in Europe, recently published by Financial Times, Europe has developed an environment for innovation and growth, which enables its hub to catch up with leading hubs like Silicon Valley. Additionally, investors’ interest in European ventures has increased in parallel. The network effects within leading ecosystems are undeniably important to successful growth stories and this is where global venture investment superstars play a large role.

In the list below we highlight 10 leading venture capital investors in Europe (selected by experts at Dealmatrix and Venionaire Capital) according to their rank in the Forbes European Midas List. The investors have been selected out of an already well-curated list of 25 leading European venture capitalists by Forbes’ European Midas 2020, which features the best start-up dealmakers on the “old continent”. In its methodology, Forbes uses not only quantitative parameters for the valuation of the companies, but also qualitative parameters such as expert opinions.

The DealMatrix and Venionaire Capital analyst teams selected 10 outstanding leaders within the venture capital industry and researched a little deeper their most notable deals, as well as their latest fund activities. 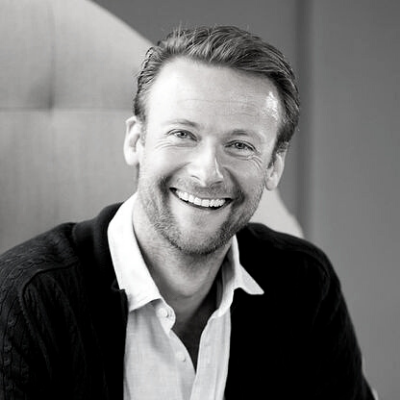 Jan Hammer is ranked as the top 1 tech investor in Europe according to Forbes 2020. Over the years have invested in some of the fastest-growing and industry disruptive Fin-tech start-ups. These include Adyen (IPOed in 2018), Alan, Capitolis, Fast, Transferwise and Robinhood.

Founded in 2015 Robinhood is one of the leading mobile apps platforms for stock market trading. The total funding of the company amounts to $ 5.6B. Currently, the fin-tech venture is valued at more than $ 11B (Aug 2020) and is said to be preparing for an IPO in 2021. Index Ventures invested in Robinhood at a very early stage. In 2013 Index Ventures led a seed round for $ 3M and was joined by Walter Kortschak, Todd Corenson, Tim Draper, Susa Ventures, Rothenberg Ventures, QueensBridge Venture Partners, LocalGlobe, Kevin Moore, IT Ventures, Howard Lindzon, GV, Elefund, Dr E. Bora Uygun, and Andreessen Horowitz. Index ventures continued to invest in Robinhood in later rounds. Seres A in 2014, series B in 2015, series C in 2017 as well as trough convertible note in 2021. 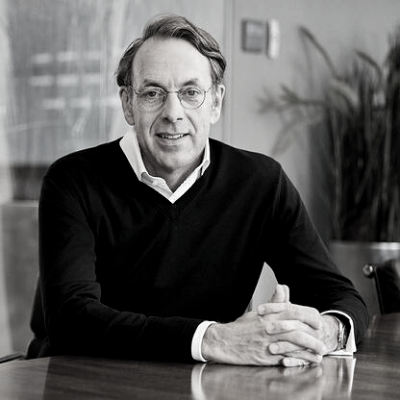 Klaus Hommels is ranked as the top 6 tech investor in Europe according to Forbes. Hommels was an early investor in King.com acquired by Activision Blizzard, Skype which is currently owned by Microsoft and Spotify which was listed on the NYSE. Was an angel investor in FB and had also invested in the recently IPOed AirBnB.

AirBnB has completely revolutionized the hospitality industry. With its innovative and disruptive business model, the company quickly grew after its establishment in 2008 eventually leading to an IPO in Dec 2020. The company raised $3.5B from the public. Before the public offering the company was valued at $18B (April 2020) and after the IPO it was valued at 100.7B. 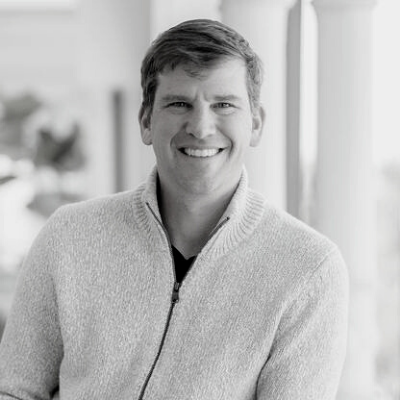 Michael Eisenberg is ranked as the top 11 tech investor in Europe according to Forbes’ Midas List. He has invested in two recently IPOed multibillion ventures. Namely Wix and Lemonde. Additionally, he has invested in two of the most scaling recent ventures Melio and WeWork.

Lemonade is a leading global insurance tech company. It offers a wide and complete range of insurance product completely digitally through an app and a platform which introduces a dramatic change in the insurance sector which is still full of administration a large number of involved parties. It was founded in 2015 and in just five years it IPOed on the NYSE. Aleph invested in Lemonade in their seed round in 2015 and continued to support the company in their series B and Series C rounds in 2016 and 2017 respectively. In 2021 the company IPOed and was valued at $ 3.81B. 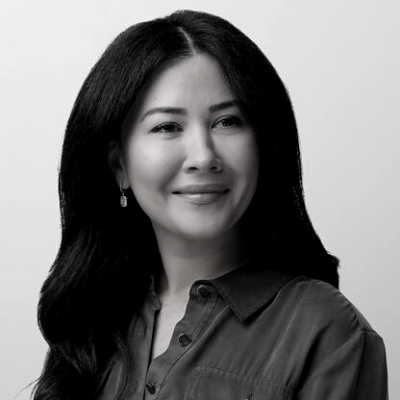 Luciana Lixandru is ranked as the top 12 tech investor in Europe according to Forbes 2020. Located in London, UK Lixandru has made investments in deep-tech, robotics & cybersecurity. Some of her notable investments are Miro and Tessian as well as the unicorns Deliveroo and UiPath.

UiPath, Luciana Lixandru lead a series A round for UiPath as part of Accel in 2017 and was joined by Seedcamp, Earlybird Venture Capital and Credo Ventures. The valuation in 2017 was $ 10B. Today the Company is valued at $ 35B according to Forbes. Accel continued to invest in UiPath and it seems like Sequoia where Lixandru is currently a partner has also invested in UiPath. 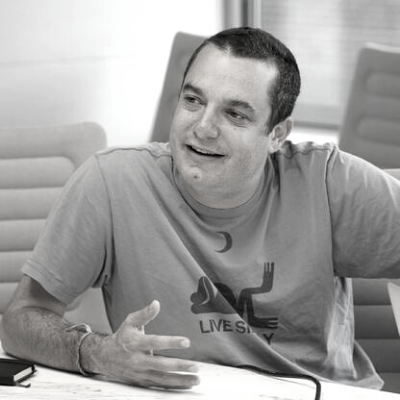 Saul Klein is ranked as the top 17 tech investor in Europe according to Forbes Midas List 2020. Klein seems to be very focused on tech. He was among the first executives of skype and a former general partner at Index Ventures. Today he is partner and co-founder of the PE and VC fund LocalGlobe. In the past, he has invested in unicorns such as Improbable (Valued at more than $ 2B. in 2018), Melio (valued at $ 1.3B in 2021) and Skype (currently owned by Microsoft).

Melio was founded in 2018 and by the end of Jan 2021 was valued at $ 1.3B. The company has attracted a total of $ 240M to the current moment and targets large institutional clients in the global banking sector. LocalGlobe invested in Melio in a 2020, series C round for $80M. The round was led by General Catalyst and Coatue and was joined by Accel, Aleph, Bessemer Venture Partners, Corner Ventures, Latitude, Salesforce and American Express Ventures as well as LocalGlobe. 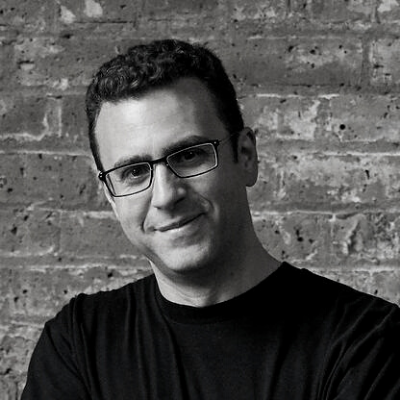 Gil Dibner is ranked as the top 21 tech investor in Europe according to Forbes 2020. He lives in Tel Aviv, Israel and invests mainly in software. Over the years Dibner has made some considerable investments in speech technology, cybersecurity and software management. Recently he realised an exit in his investment Jfrog via IPO in 2020. Seems to focus on Europe & Israel and on companies that have raised less than $1M.

Jfrog exited via IPO, Sep 2020. Valued at $509M before the IPO and $6.32B post IPO on Nasdaq: The company aimed to raise $352M and far exceeded this figure by raising $3.36B. Gil Dibner invested in JFrog through Gemini Israel Ventures for the first time in a Series A round in 2012. 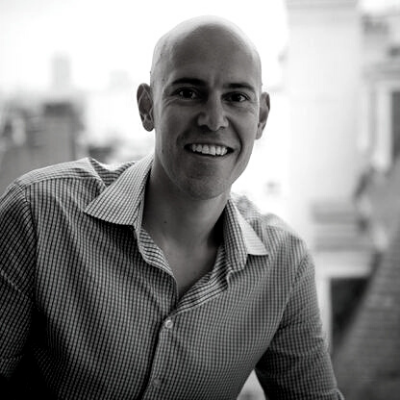 Originally from South Africa, Sean Seton-Rogers is now a citizen of the U.K and the U.S.A. Currently, he is ranked as the top 22 tech investor in Europe according to the European Midas List. After leaving behind his position in Benchmark, in 2009 he founds PROfounders. Some of his more notable investments include Onefinestay (acquired by AccorHotels in 2016) and Leap Motion (acquired by Ultraleap in 2019). Additionally, Seton-Rogers is a member of the board of GetYourGuide which changes the way people travel and explore new destinations.

Getyourguide was launched in 2009 and in 2021 it has attracted investments amounting to more than $ 886M. Even though it is not publicly disclosed the company is said to be above $ 1B in valuation. PROfoudners Capital invested in GetYourGuide as early as 2012 when it led a $ 2M seed round and was joined by Zürcher Kantonal Bank, Wolfgang Heigl, PROfounders Capital, NFQ Capital, Lars Jankowfsky and Christian Saller. 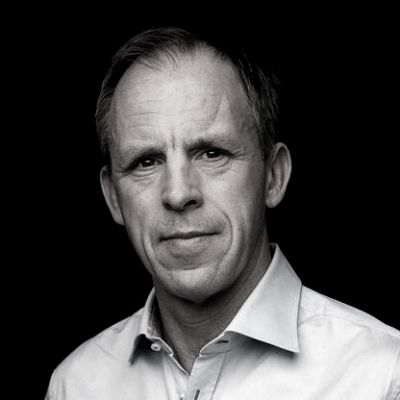 Johan Brenner is ranked as the top 23 tech investor in Europe according to Forbes Midas list 2020. Brenner lives in Stockholm, Sweden. He seems to invest predominantly in software and over the years has made some big exits in Fintech.

iZettle, acquired by PayPal for $2.2M in 2010. Creandum backed up iZettle for the first time in 2011 together with Charles Dunstone in a Series A round led by Index Ventures. The total amount of the round was EUR 8.2M. Creandum continued to invest in iZettle in subsequent rounds. Series B in 2012, Series C in 2014, Series D in 2015 and another D round in 2016. 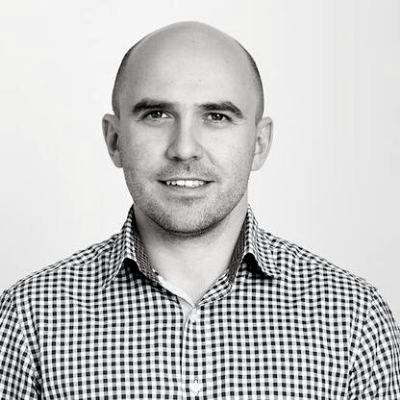 Pawel Chudzinski is ranked as the top 24 tech investor in Europe according to Forbes 2020. Over the years he has displayed some notable investments in fintech, crypto companies as well as B2B marketplaces. Some of them are Chainalysis, Revolut (valued at $ 5.5B in 2020) and Delivery Hero (IPO in 2017).

Delivery Hero (DH) IPOed in 2017 on the Frankfurt stock exchange. The company raised $530M. At the time of the IPO, the market cap of DH was $5.1B. In contrast, today DH has grown to be one of the world leaders in food delivery with a total market cap of $27.03B. Point Nine capital invested in DH in a very early seed round. It led the round in 2010 and was joined by Fabrice Grinda. Point Nine Capital continued to invest in DH through series A, C, and D rounds in 2011, 2012, and 2013 respectively. 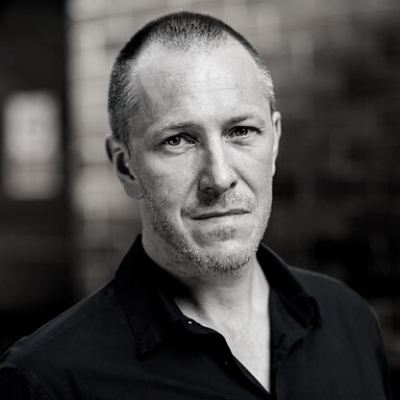 Fred Destin is ranked as the top 25 tech investor in Europe according to Forbes. Has backed companies including Zoopla, acquired by $3.3 billion in May 2018; Pillpack, acquired by Amazon that year; and Cazoo, a British used car marketplace that most recently raised $311 million in October 2020.

Cazoo offers a revolutionary online platform for the sale and purchase of automobiles. Initially focused on the UK the company’s innovation quickly received wide recognition which resulted in a vast, rapid international expansion. Stride VC was the lead investor Cazoo’s GBP 30M seed round in 2018. In October 2020 it was valued at $2,6B.